Check out our real-time interactive maps of active fires and burn notifications by clicking on either links below. 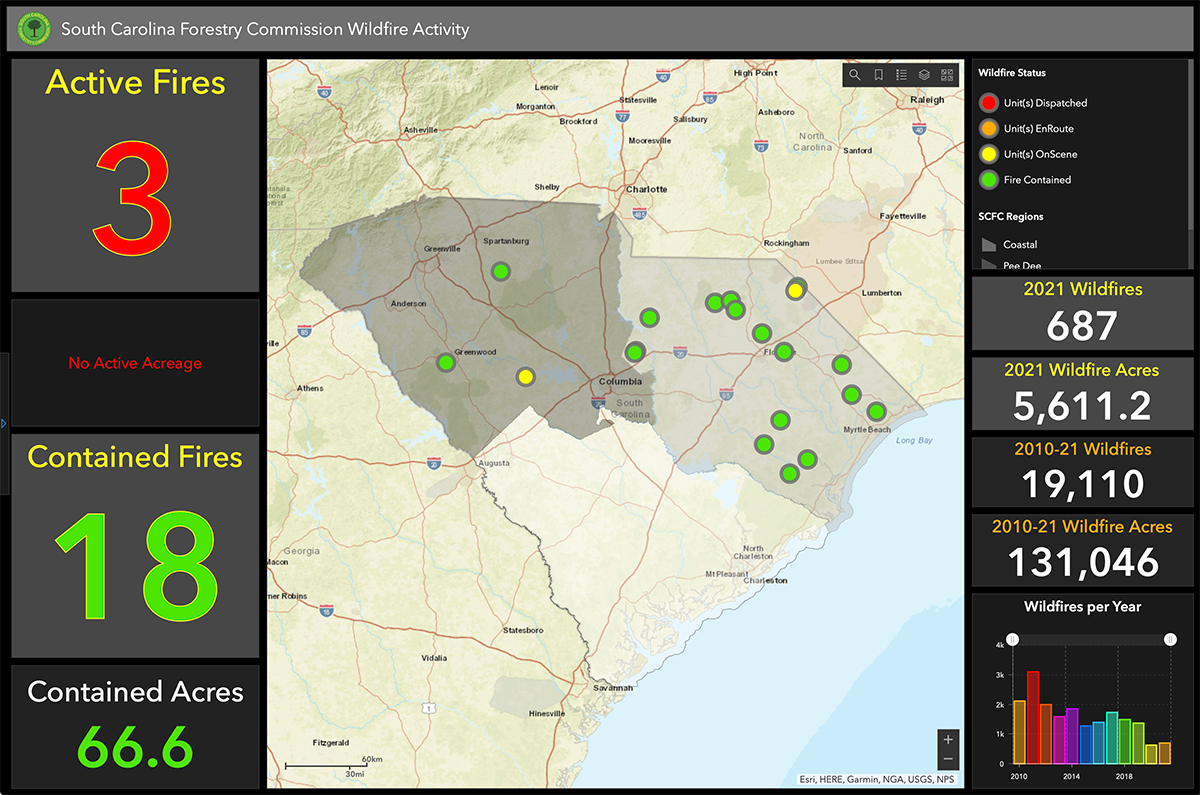 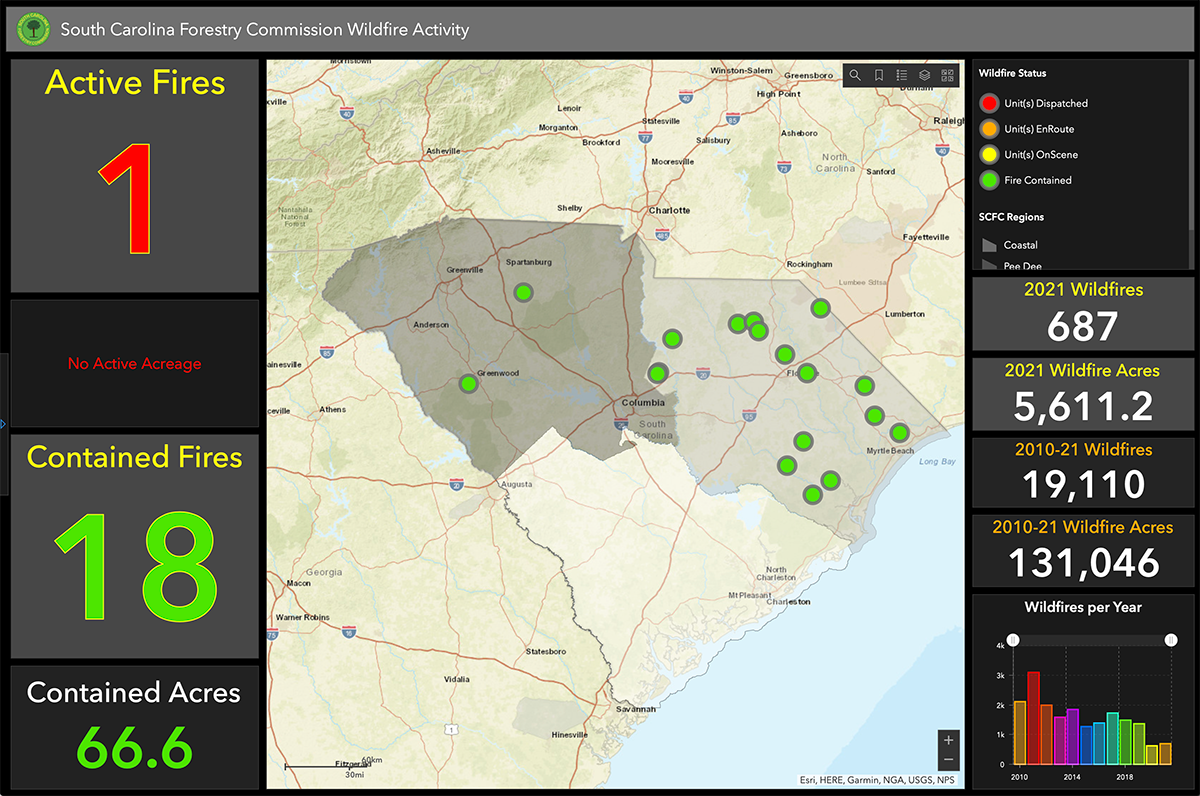 Burning bans and other fire alerts

The Clean Air Act of 1970 directed the Environmental Protection Agency (EPA) to identify and publish a list of air pollutants and to establish air quality standards for those pollutants in order to protect public health. States were then directed, by the Act, to submit plans detailing how they intended to achieve and maintain the air quality standards set by the EPA.

The South Carolina Department of Health and Environmental Control (DHEC) had already implemented air quality regulations in the early 1960s through the South Carolina Code of Laws 61-62.2. This law basically prohibited outdoor burning. Forestry prescribed burning, because it was not included in the Clean Air Act as a major source of particular matter, was granted an exemption under this law.

In 1981, because of a growing concern about potential problems caused by smoke from prescribed burning, the forestry community developed voluntary smoke management guidelines. The guidelines were not written to restrict the use of prescribed fire, but to reduce the amount of particulate matter being released into smoke sensitive areas.

From 1981 to 1985, forest managers worked under DHEC’s regulations and the voluntary guidelines. In 1985, DHEC and the SC Forestry Commission agreed to include the smoke management guidelines, as administered by the Forestry Commission, as part of the 62.2 exemptions. Wildlife and agricultural management burns were included in this agreement.

How can I see all the prescribed burns in the state?

Are there any active wildfires right now?

Check out our user-friendly, interactive map of all active wildfires in the state

Do you need to make a burn notification?

Request to purchase a copy